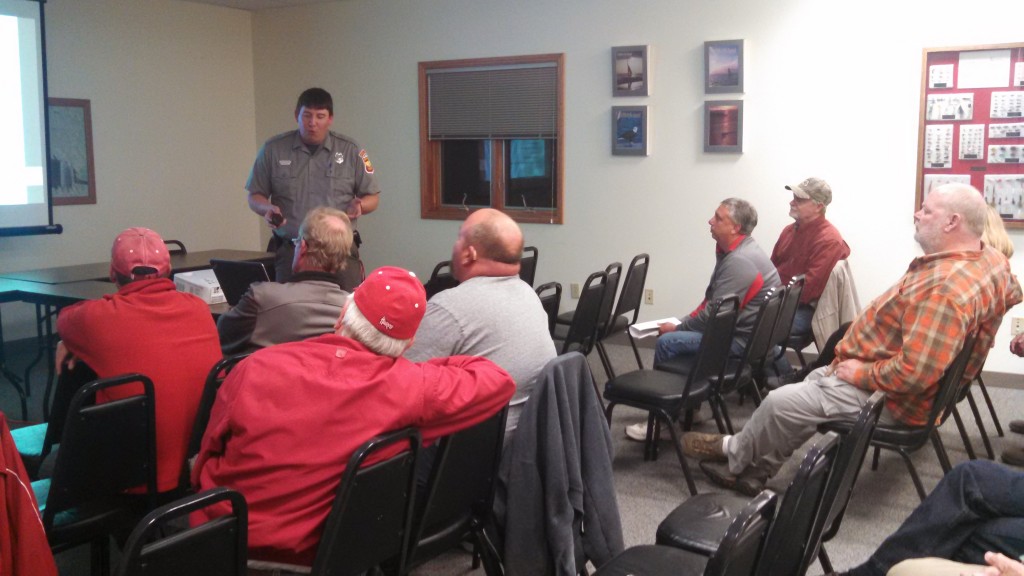 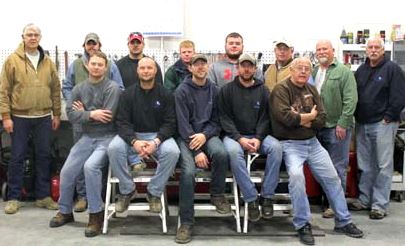 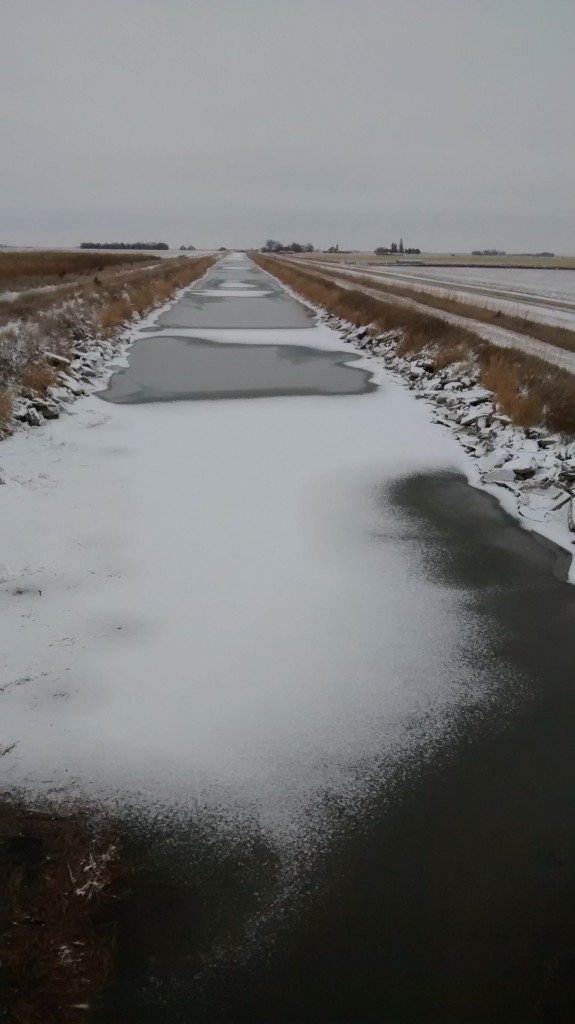 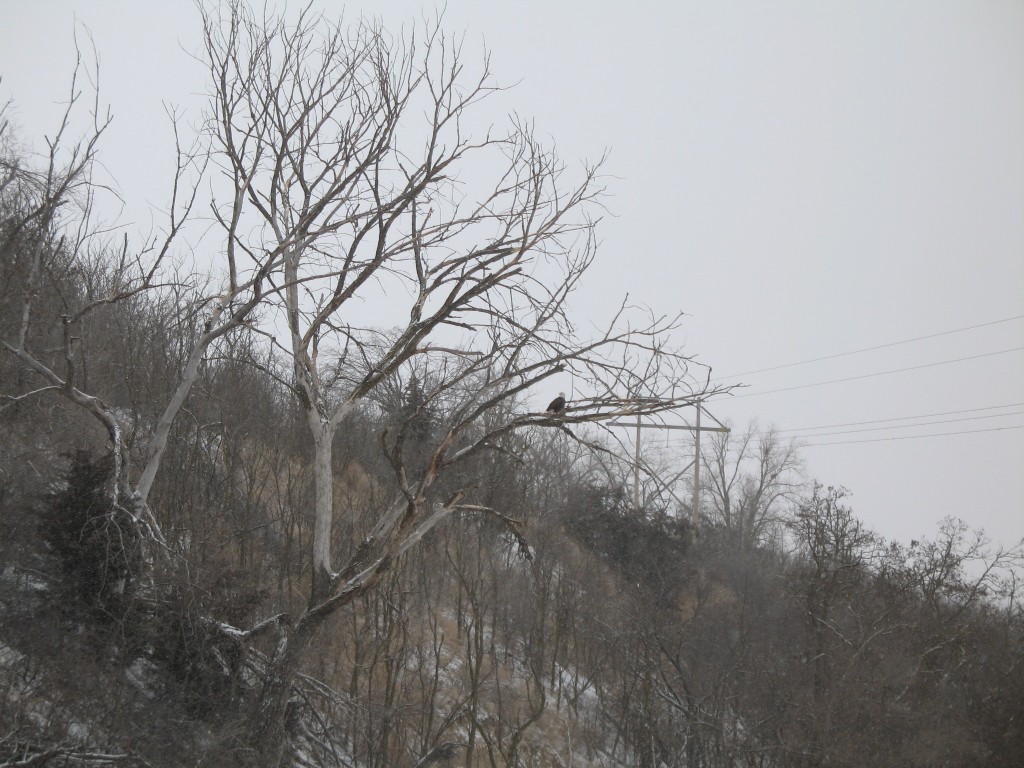 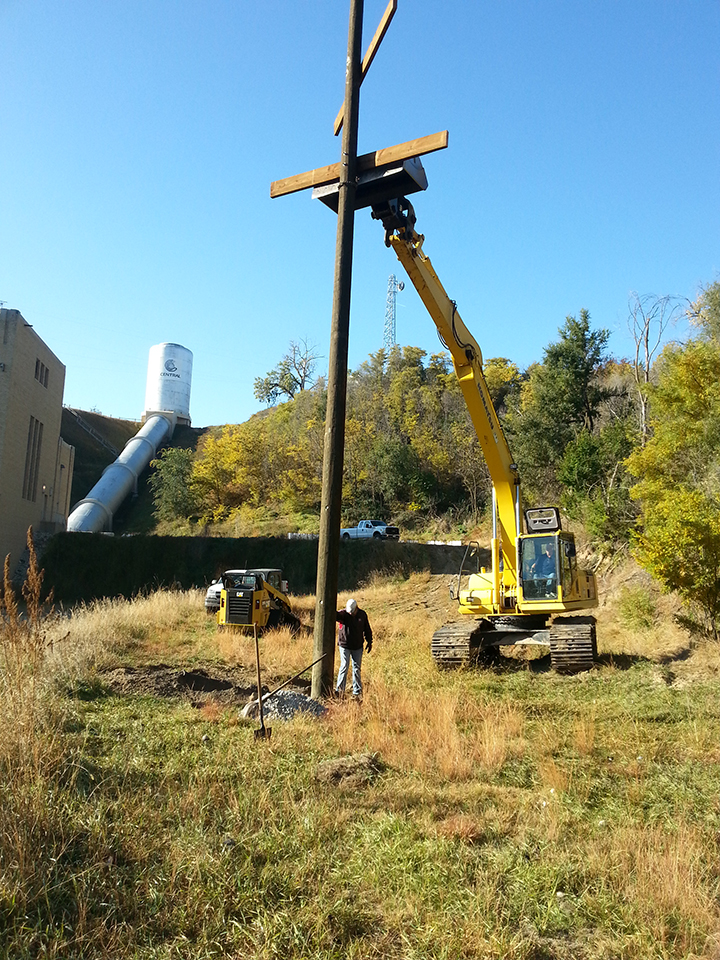 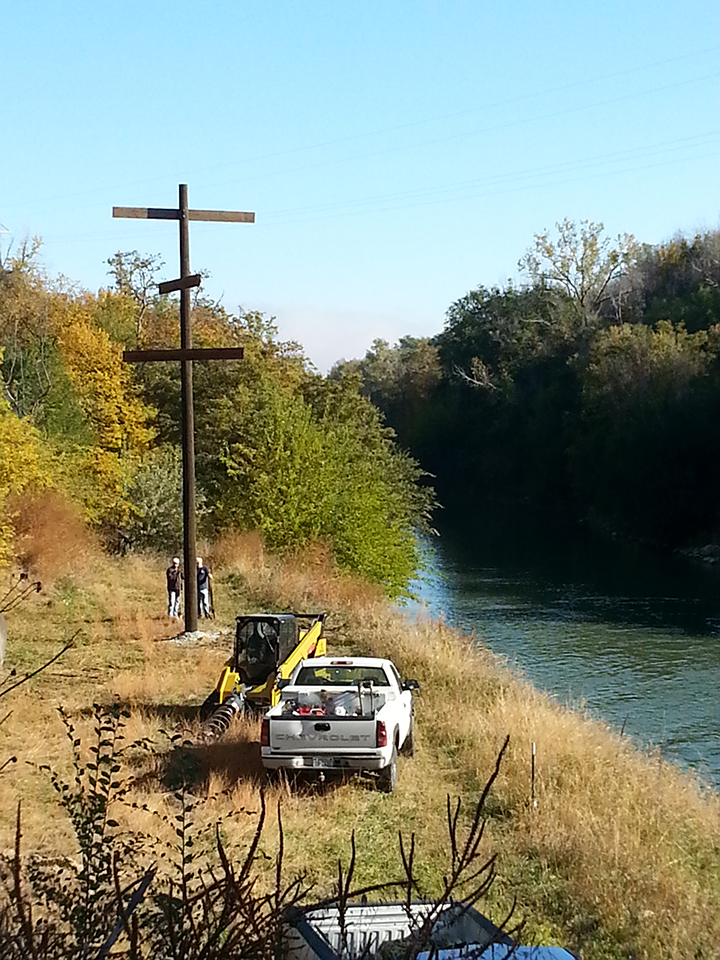 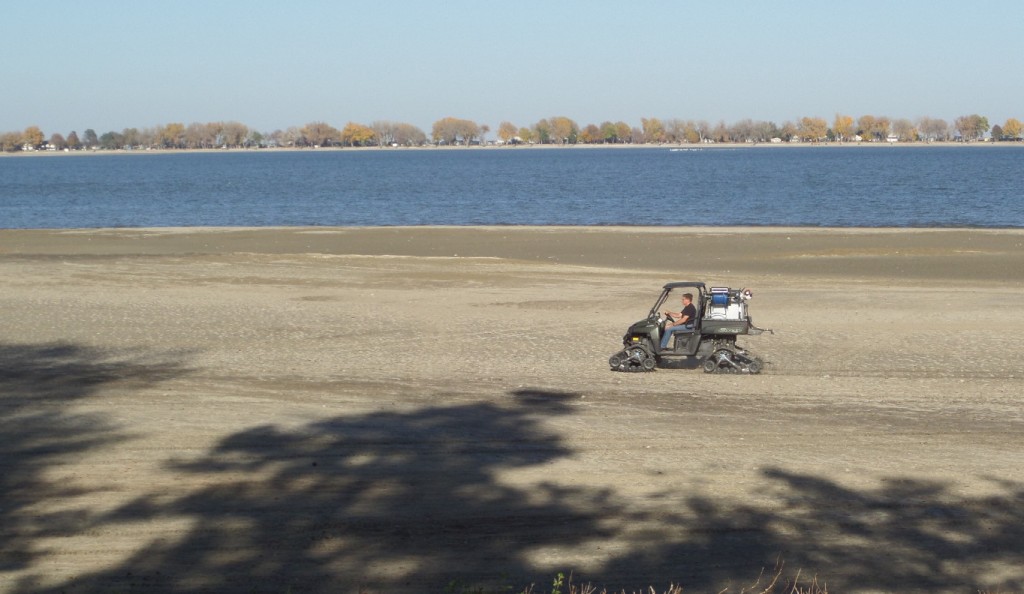 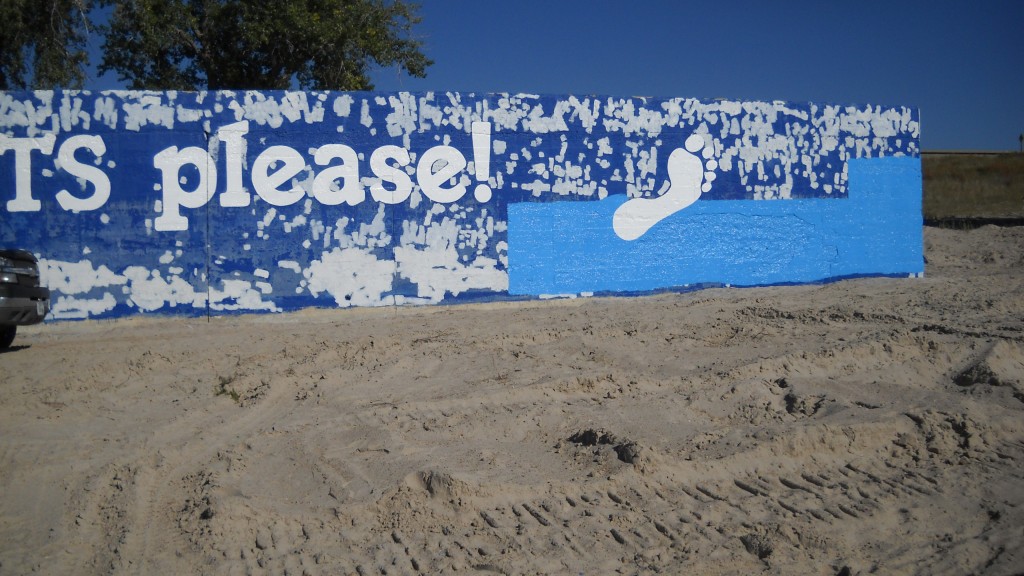 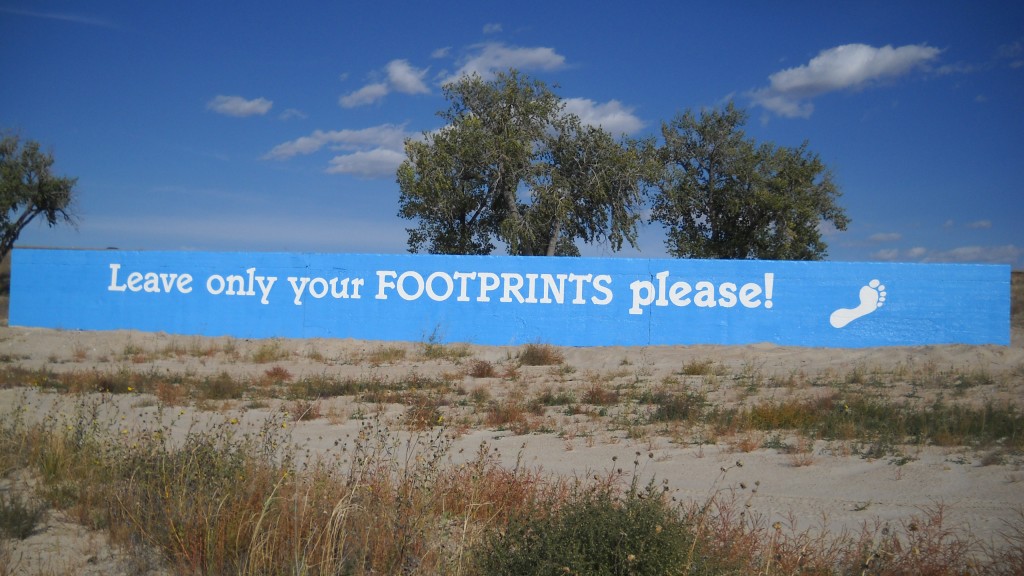 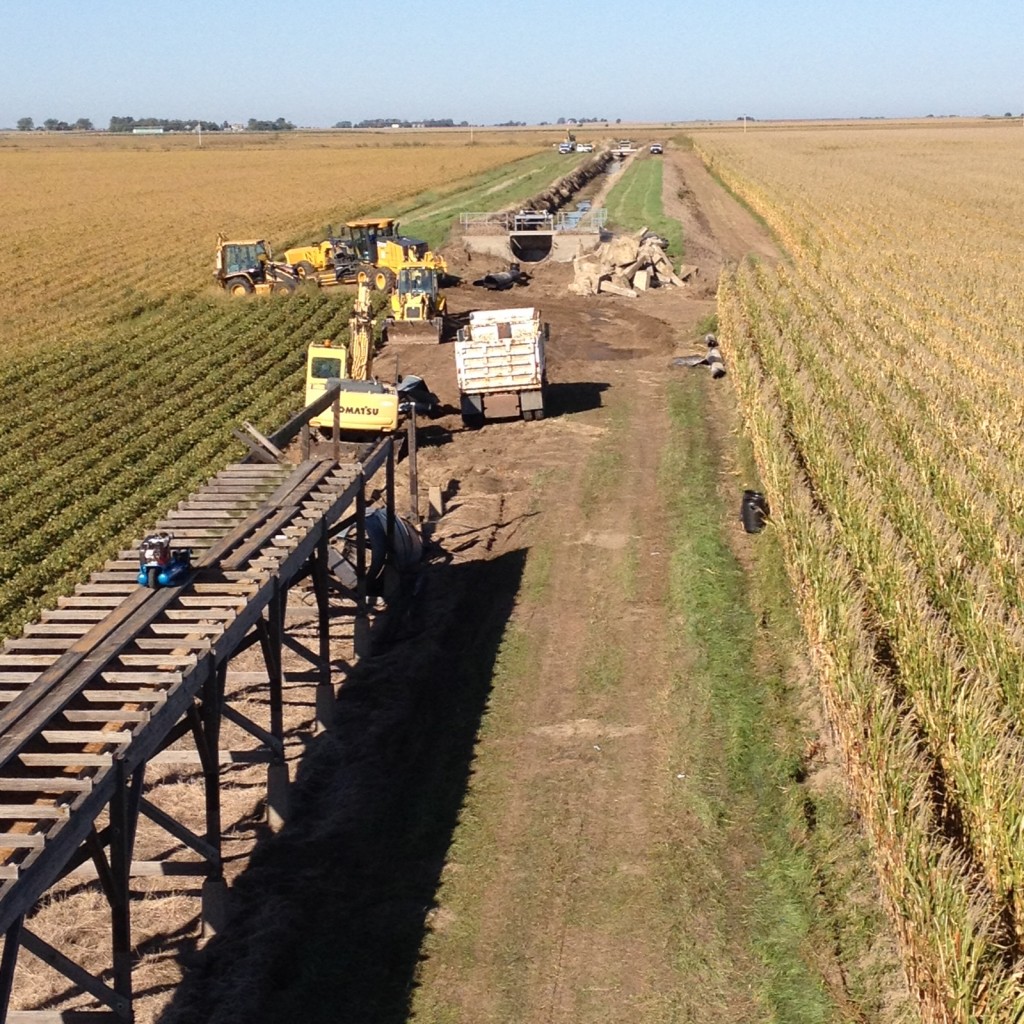 Work began this week on removal of the Lost Creek Flume west of Axtell. The flume, approximately 1,300 feet in length, is original to the project and has required numerous repairs. Over the years, it has deteriorated to a point that repair is no longer feasible, and Central’s board of directors voted in May to replace it with 2,700 feet of 42 inch pipeline, which will be used to continue to provide water to 1,785 acres downstream of the flume. 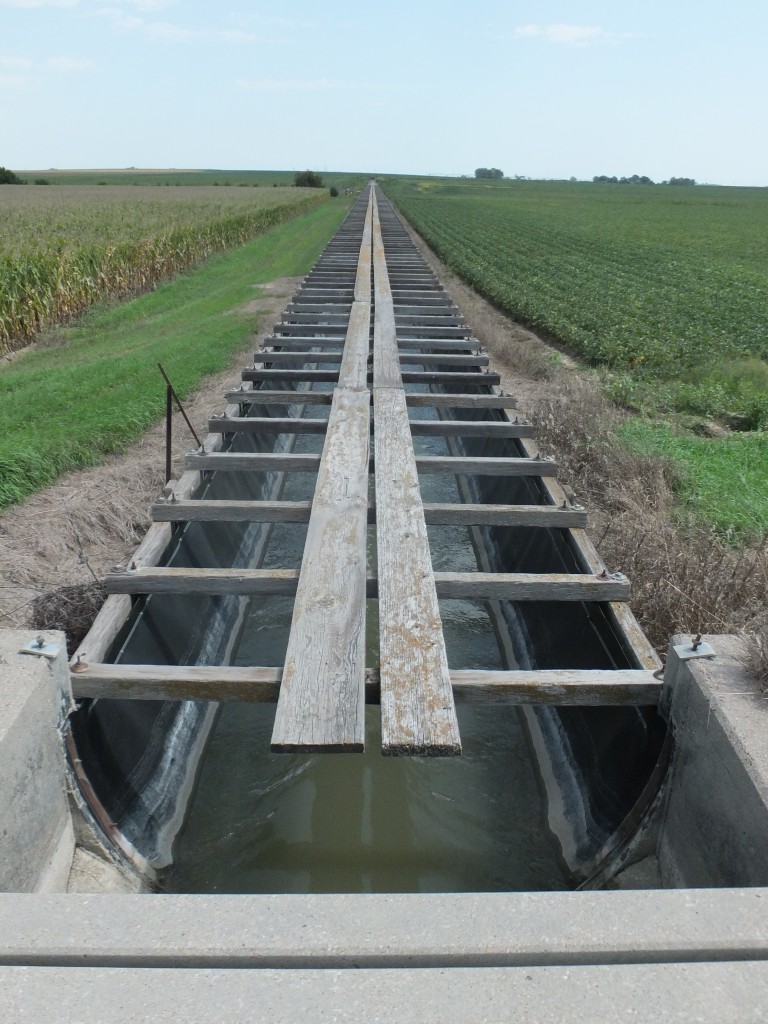 A view from on top of the flume. Water is seen flowing through to provide irrigation water during summer 2014. 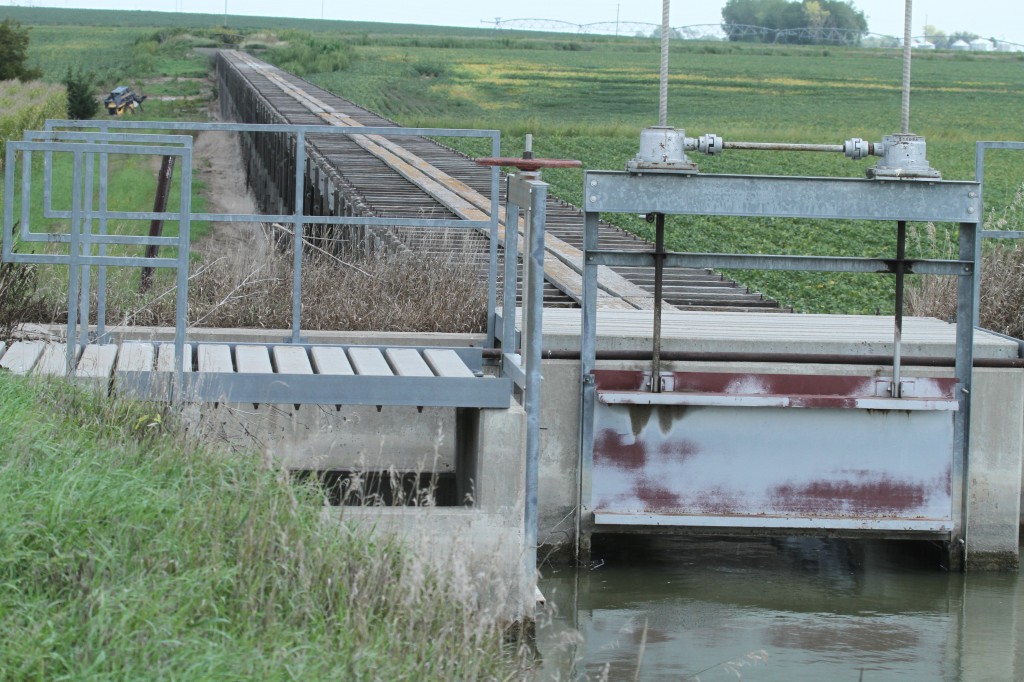 The check gate shown here is used to control flow of water through the flume. 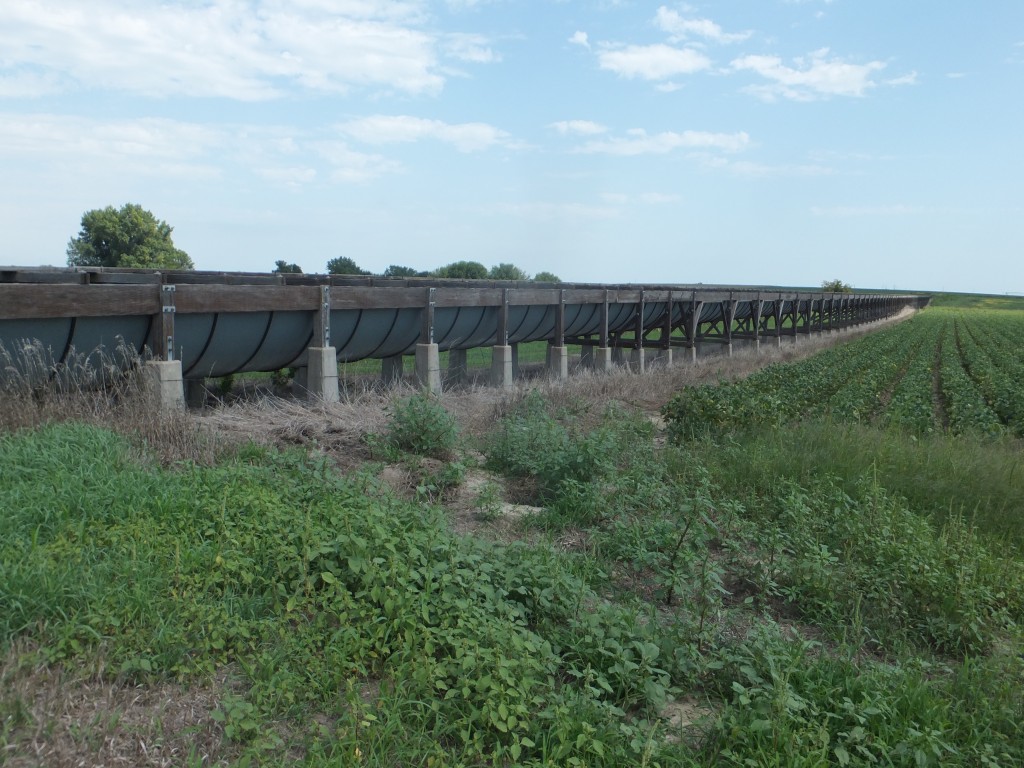 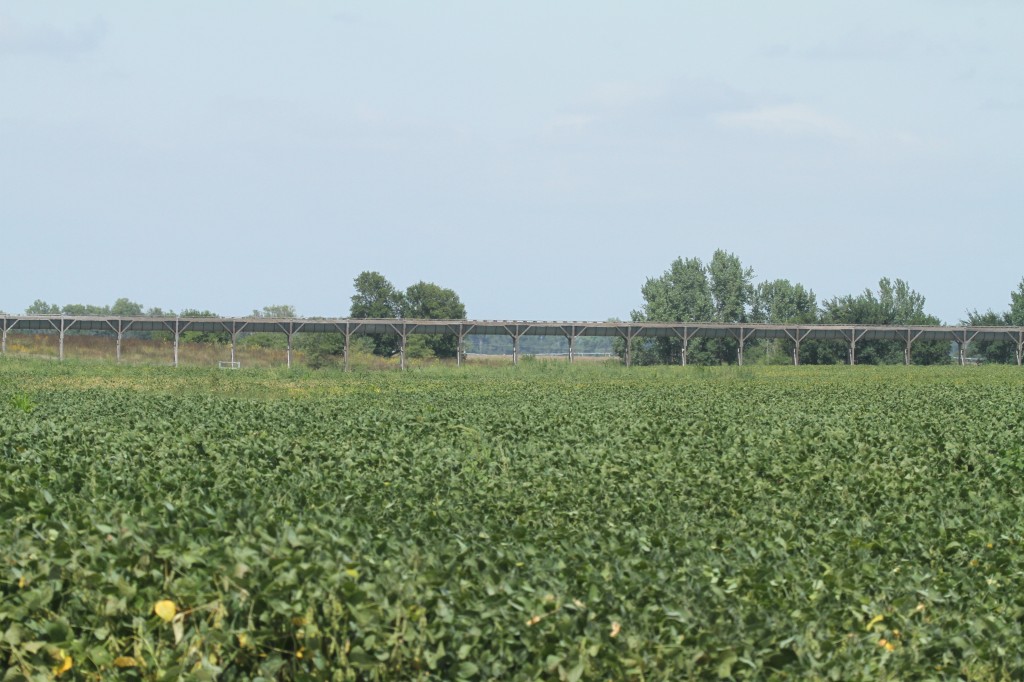