The study of a possible consolidation of The Central Nebraska Public Power and Irrigation District and Dawson Public Power District is now in phase three of a four-phase process. 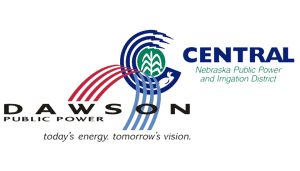 The boards of both districts voted last February to advance to phase three of the study after receiving positive findings from the latest assessment.  The study has four phases before a merger could occur and each phase requires approval of both boards.

The current phase involves development of a consolidation charter and an examination of future challenges, such as board representation, name of the entity, headquarters and overall organizational setup.  A steering committee consisting of four directors from each board was created to develop some baselines for further consideration.  Outside facilitators have been retained to help guide the process.

Phase two findings by Power Systems Engineering (PSE) of Wisconsin, the engineering firm hired to conduct the study, showed the merger has both financial benefit to the companies as well as subjective value for central Nebraska.

PSE detailed in their consolidation assessment that a total overall savings of $11.7 million could be realized over seven years if the two companies consolidate. The savings are derived from Dawson’s ability to use 20 megawatts (MW) of power from one of Central’s hydro generation plants as well as efficiencies, realignment and reduction workforce through natural attrition as employees retire.

Through consolidation, Dawson PPD will add renewable power while Central realizes a reliable, stable and local customer for the energy produced without being impacted by ongoing market volatility. Merging these two companies adds flexibility in how they react or manage the future of energy.  The two entities can be a stronger legislative influence and economic driver for central Nebraska. Shared resources also mean more efficient use of equipment and manpower.