Bills of Interest in Nebraska Legislature 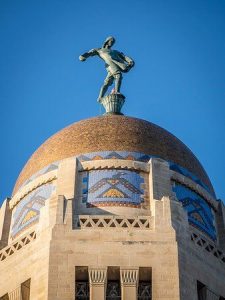 Central annually tracks a number of bills in the Nebraska Legislature, and when needed, works to either support or oppose proposed legislation.  Below is a summary of three bills of interest to Central and its stakeholders.

LB513 – The bill would require that persons running for election to the boards of a public power district or a public power and irrigation district be registered voters within the district’s chartered territory as well as retail power customers of that district.

Central opposes the bill because we currently do not sell power to retail customers.  All power generated by the four hydroelectric plants is sold at wholesale to other utilities.

The bill also proposed to shorten board members’ terms from six years to four years.

Central, as well as other public power entities, testified in opposition to the bill at a hearing in February.  Subsequently, an amendment was proposed that removed the retail power customer requirement, leaving only the change in the length of terms.

The bill remains in the Natural Resources Committee as of early May.

LB406 – The bill, as currently amended, creates a special seven-member legislative committee to study potential flood control projects in the lower Platte River corridor and to explore public safety, public infrastructure, land-use and economic development around Lake McConaughy and in Knox County, including Lewis & Clark Lake and the Niobrara State Park.  The study would be funded by a $2 million appropriation from the state’s General Fund.

Central worked to amend the original bill to protect the basis of a $900,000 appropriation from the Water Sustainability Fund, but changed its position to neutral after an amendment removed the request for WSF dollars.

LB190 — The bill provides that the Legislature shall not transfer money from the Water Sustainability Fund for any purpose other than to further the goals stated in statutes that created the Fund.  Central supported LB190.

The WSF has been targeted in the past to help fund other initiatives not necessarily related to the objectives of the WSF.  LB190 was amended into LB507 – a bill to prohibit the use of treated seed corn for the production of ethanol – which had advanced to Final Reading as of the date of this newsletter’s publication.