Former Governor and U.S. Senator Ben Nelson was on hand at a luncheon to introduce the effort and spoke glowingly of Anderson’s efforts to raise awareness about water issues in Nebraska and advocate for cooperative, common sense solutions to disputes over water, rather than resorting to litigation or a win/lose approach to water issues.

Below is the text of a letter from Nelson which is among the outreach tools from the NSIA committee that is coordinating the fundraising effort to create an endowment aimed at bringing Nebraskans together on water issues.

Carrying that Pail Together:  A Letter from former Nebraska Governor and U.S. Senator Benjamin Nelson

I am pleased to announce the creation of the Tim Anderson Memorial Water Learning Project.  I was first approached by the Nebraska State Irrigation Association in January to discuss the idea of developing a special memorial in honor of long-time natural resources advocate Tim Anderson.  Tim Anderson was a very good friend of mine who mentored me and took me under his wing.  Tim faithfully informed me of our state’s difficult water issues while I had the distinct honor of serving as Nebraska’s Governor and Senator.  Tim passed away in October of 2017 after a passionate career centered around Nebraska’s water resources. 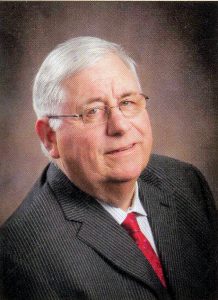 To honor his memory, I would like to share a story about Tim with you as well.  Tim would often sit on his dock at his cabin watching the sunset over Plum Creek Canyon Lake on a supply canal west of Johnson Lake.  He would hum the bars of one of his favorite songs, “Sittin’ on the Dock of the Bay,” by Otis Redding on those warm summer evenings:

Sittin’ in the mornin’ sun,

I’ll be sittin’ when the evenin’ comes.

Watchin’ the ships roll in,

Then I watch ‘em roll away again.

He would envision those ships coming and going, docking, unloading and loading up again, then steaming off to another port.  Throughout his career, Tim looked upon people as coming and going, unloading information and gathering information and then taking these bits and pieces of information and ideas to other destinations.  His goal was to bring together this continuum of thoughts and concerns and engage people to have meaningful conversations.  Tim believed that if folks could sit down together and discuss water concerns and ideas with equal passion that those around the table might realize that they have more in common rather than a barn full of differences.  It was his definition of “water collegiality,” where an inclusive vision of Nebraska’s shared water future was attainable through productive discourse and functional compromise.  By no coincidence, this song was played at his funeral.

The Tim Anderson Memorial Water Learning Project can achieve such objectives as:

Through your donation to the Tim Anderson Memorial Water Learning Project, you will be directly impacting Nebraska’s shared water future by creating a greater understanding of Nebraska’s water heritage.  You will essentially be building a “house of water sustainability” whereby collegiality is the foundation.  Discourse becomes the load-bearing walls.  Education frames the windows and doors of creativity.  Compromise and understanding become the roof under which conservation is blanketed.  The value of this house is a direct reflection of your generosity.

As you know, Nebraska is blessed with a wonderful bounty of water, but it is imperative to keep our water plentiful and clean.  Your gift will be aiding the promotion of water collegiality, developing water leaders, and ensuring that Tim’s seminal message of how blessed we are to have this water heritage lives onward.  He carried his virtue for water sustainability like a pail full of water.

Nebraska is one of the few places in the world fortunate enough to have this water resource.  Tim spent time sittin’ on his own dock surrounded by this gift of water and I want to thank you for considering a gift to the Tim Anderson Memorial Water Learning Project.

For more information about contributing to the fund, you can call Lee Orton at (402) 476-0162, or print the form below and mail it to: