The accompanying images reveal parts of the Kingsley Hydroplant that are seldom seen by anyone other than Central employees who perform regular inspections, maintenance and repairs at Nebraska’s largest hydropower plant.

Central’s engineers and maintenance crews take the plant off-line annually for regular inspection and maintenance of the facility’s mechanical and electrical components, but every five years the 19-feet-diameter penstock leading from the Control Tower in Lake McConaughy and the scroll case which routes the water through the turbine are de-watered for complete inspections.

Once the gates on the Outlet Tower and the huge guard valve within the hydroplant are closed, preventing water from Lake McConaughy from entering the plant, pumps removed water from the penstock so a two-man crew can paddle a small rubber boat up the penstock to the base of the Outlet Tower to perform the inspection. (In addition, Central personnel take a larger aluminum boat – with a motor — up the 28-feet-diameter penstock from the “Morning Glory” spillway to inspect the inside of that pipe.)

Being inside the huge scroll case, which is a spiral-shaped intake tube that routes water entering from the penstock through the wicket gates just above the turbine blades, is not a place for someone with claustrophobia. First, it’s pitch dark until portable lights are turned on to enable the inspection process. Second, one arrives (either immediately or eventually) at the realization that you are well below the bottom of Lake McConaughy and only several inches of steel separate you from almost 2 million acre-feet of water on the other side.

But for the men doing the inspections, it’s all in a day’s work. 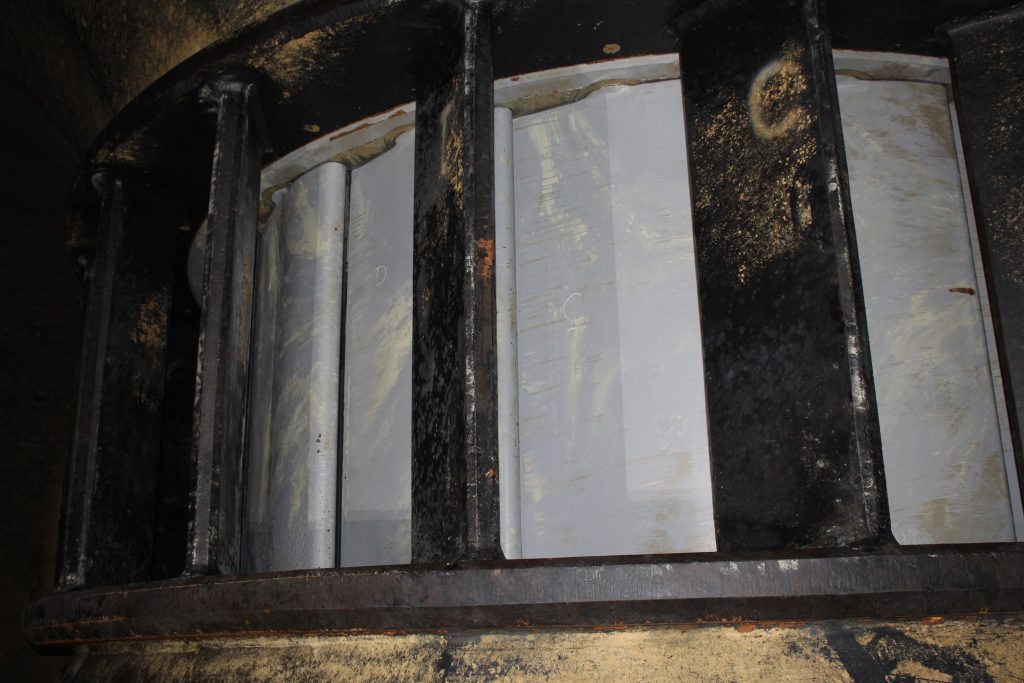 The wicket gates that control the flow of water falling over the turbine blades. The gates move along a vertical axis. 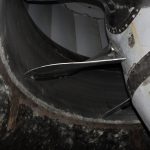 View from below the turbine hub, with blades and closed wicket gates visible. 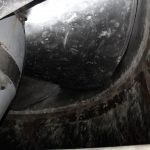 Close-up view of one of the stainless steel turbine blades. 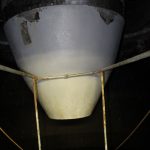 The turbine hub with scaffolding erected to facilitate inspection and maintenance work. 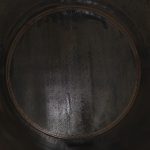 The guard valve between the penstock and scroll case. Although it doesn’t appear very large in the photo, the valve is 19 feet in diameter.

So far it’s been a pretty good year … if you’re a Husker football fan or a fan of Lake McConaughy.

The Huskers recently re-entered the Top 10 rankings (according to the AP and Coaches polls) for the first time in several years and inflows into Lake McConaughy also cracked the top 10, finishing the water year (Oct. 1, 2015 to Sept. 30, 2016) at number seven.

Still, this year’s mark was well above the historic median of 1,029,110 a-f and the historic average inflow of 916,900 a-f. That’s good news for the water supply in Nebraska.

If you just look at the last 30 years as a measuring stick, the recently ended water year was the second highest during that period.

So if you’re looking for a trend, it might be along the lines of “feast or famine” over the past 16 years.

What to expect during the new water year? It appears that we’ll have to wait and see.

The good news might be that the La Niña weather pattern that was expected to follow the recently ended El Nino cycle has seemingly failed to materialize. According to the National Aeronautics and Space Administration, La Nina cycles are typically characterized by below normal precipitation in the Central Rockies and the Great Plains. If it’s not a factor this year, winter and spring weather – and particularly snowfall and spring rainfall – are a coin flip, with equal chances of above or normal precipitation during the first part of 2017.

Yep, we’ll just have to wait and see.

(Note:  The author is NOT a meteorologist, but does like to watch the weather forecasts on TV.)