The National Weather Service has issued flood warnings for the middle of this week along the North Platte River above Lake McConaughy.

Citing “heavy and prolonged rainfall” in the watershed the river drains in Wyoming, the warning indicates that flows in the river could reach 5,000 to 6,000 cubic feet per second (cfs) on Tuesday and above 8,000 cfs by Thursday in stretches of the river near Mitchell, Neb. Water is being released from Glendo Reservoir in Wyoming as it nears the flood pool. On Tuesday, the reservoir was at about 98 percent capacity.

If the high flows materialize, the North Platte River above Lake McConaughy could reach a flood stage as high as 10.2 feet near Mitchell (flood stages vary at different locations due to channel width, depth and other factors), which would be near record highs.

At the Lewellen gauge, which is just above Lake McConaughy, the river is projected to rise to a flood state of 8.5 feet by Saturday, which according to NWS data, would represent moderate flooding at and near the gauge site. Estimates of flow rates into the reservoir were not immediately available. 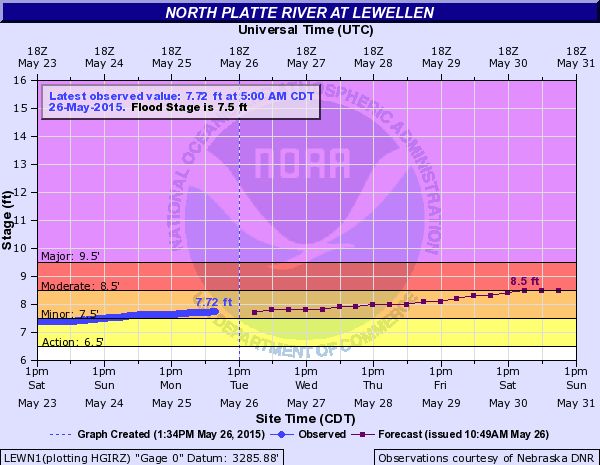 However, high flows along the North Platte River below Lake McConaughy are not expected to be an issue. As of May 26, the reservoir’s elevation was 3,253.2 feet, which is about 12 feet below the maximum elevation of 3.265.0 feet. Inflows, although expected to rise this week, were at 3,500 cfs on Tuesday while outflows were around 300 cfs. In short, the reservoir has capacity to store the high inflows expected this week.

Only minor lowland flooding is currently projected for the Platte River in central Nebraska.

National Dam Safety Awareness Day occurs on May 31 of each year to commemorate the failure of the South Fork Dam in Johnstown, Pennsylvania in 1889. The dam failure resulted in the loss of more than 2,200 lives and is the worst dam failure in terms of fatalities in the history of the United States. 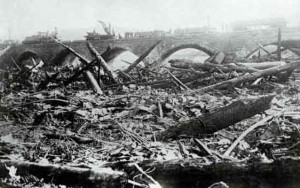 National Dam Safety Awareness Day was created to encourage and promote individual and community responsibility for dam safety, as well as to provide information on what steps can be taken to prevent future catastrophic dam failures. A secondary goal is to promote the benefits dams offer to communities.

For 30 years, the federal government has been working to protect Americans from dam failure through the National Dam Safety Program (NDSP). The NDSP, which is led by the Federal Emergency Management Agency (FEMA), is a partnership of the states, federal agencies, and other stakeholders to encourage individual and community responsibility for dam safety.

The possibility that Kingsley Dam (or Jeffrey or Johnson dam) will fail is extremely remote, but Central would like the public to know that it is prepared in the event of an emergency that threatens the integrity of its dams.

Central updates and revises each of its emergency action plans (EAP) annually and distributes the revised plan to a designated list of local, state and federal entities. The purpose of the EAPs is to provide maximum early warning to all persons downstream of the dam involved in the unlikely event of a failure (catastrophic or otherwise) of the structure. In addition to providing early warning, Central’s objective is to minimize or eliminate danger to people and property downstream.

EAPs contain information pertaining to how potential conditions that could cause or signify an emergency situation and steps to follow to evaluate those conditions. Such conditions include inordinately high flows, adverse weather conditions, and any situations discovered during routine inspections of the structures.

Central’s dams are inspected regularly by well-trained employees, annually by Federal Energy Regulatory Commission (FERC) personnel, and at five-year intervals by independent engineering consultants. Central also conducts functional exercises of the EAPs every five years – as required by the FERC — that involve representatives from the numerous agencies that would be involved. A functional exercise for Kingsley Dam is scheduled to take place at Central’s Gothenburg Division headquarters on June 10.

So you can rest easy tonight knowing that you probably don’t have to worry about failure of one of Central’s dams, but also that plans are in place to respond to such a calamity … just in case.

Additional information on national dam safety is available at: www.fema.gov/protecting-our-communities/dam-safety 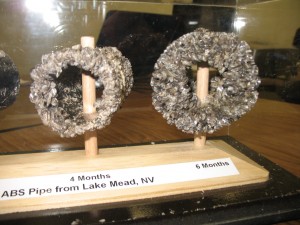 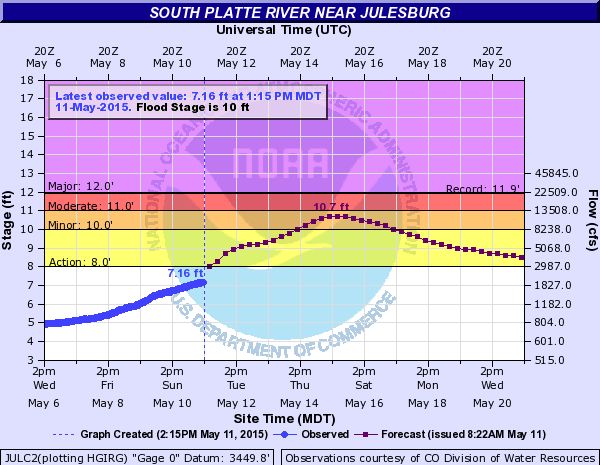 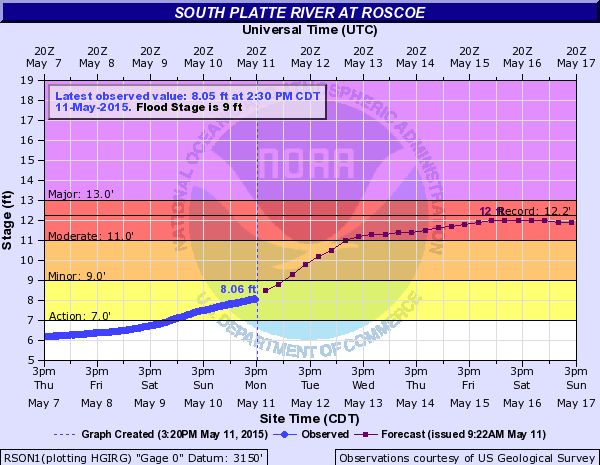 In anticipation of flows in the Platte River being above target flows set by the U.S. Fish and Wildlife Service, Central’s board of directors met in a special board meeting on Fri., May 8 and approved (subject to legal review and approval by the other parties) agreements to divert excess river flows into the E65 Canal and Elwood Reservoir for groundwater recharge purposes and to augment instream flows.